Civil Law Is Everything, Everything That’s Not a Crime

Someone getting divorced needs a lawyer but can’t afford one, what can they do? The average hourly rate for a lawyer in Portland is $300 dollars. And yes, most people go without representation, without knowing their rights or who might help them. That’s where you can help. John E. Grant at The Commons Law Center in Portland has a systems view of the profession and a knack for tech, he’s organized the PDX Legal Hackers, and we have joined forces to improve access to justice.

Watching cop shows and legal dramas and never having needed the services of a lawyer, it’s understandable that someone might expect the court to appoint an attorney when the time comes. And yet the right to representation by a lawyer is only granted for a criminal case. It’s always been true that some people can’t afford a lawyer, but in criminal law, the government decided it’s so important that one will be provided. Everything else, everything that doesn’t involve a crime, you have no right to an attorney and the public won’t pay for your lawyer if you can’t afford one. All cases involving family law, divorce and child custody, wills, contracts, small business and nonprofits, corporations too: that’s civil law. But it’s not too civil if people can’t afford a lawyer and so organizations have been formed to provide legal services. Some free. Some at a sliding scale. Organizations known nationally as legal aid.

There are just over one million lawyers to serve around 330 million people. This supply and demand imbalance tilts further—and here’s where it gets interesting. The amount of money spent on the legal industry by individuals is shrinking, while the amount spent by business grows. Many attorneys follow the money. Most have been hoovered up by the business sector, and of the few willing and able to serve the people, the majority serve the wealthy or the middle class. With an already low supply available to serve people, many lawyers who do serve that sector go for those higher fees. 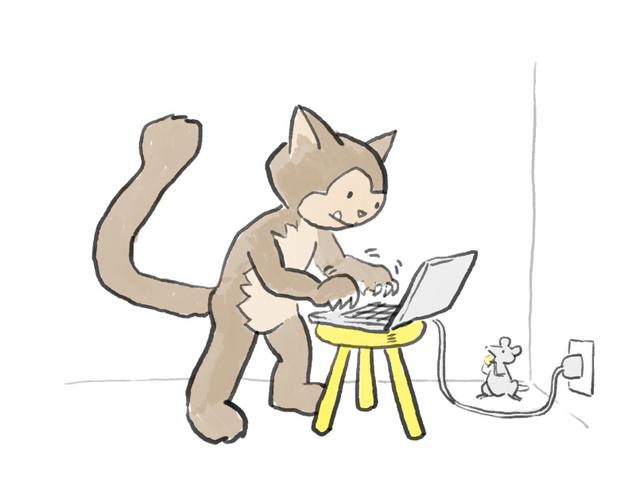 It is harder to find an attorney and more expensive today than it has been in the lifetime of anyone born in the 20th century. And how can the legal profession adapt to the 21st century? The customs and traditions of law, the system we depend on for a stable society, can it adapt to serve people in America? Changing the rules—not easy, not so fast you little Lincolns. A lawyer has to be a member of a bar to practice law. The people who decide whether you are allowed to practice law or not are the members of the bar. This is the last vestiges of the guild system. You have to gain membership in that guild to practice. In the past, way back, lawyers owned the books (where the answers were) and they were willing to spend to have all those books. You know, now, people can access that information, and so lawyers say, yes, but we have the ability to make sense of it. A member-run organization, it is a guild. If it is in the best interest of the guild to behave as a self-regulated monopoly, if they’re behaving as a rational economic actor, then they do. Would a member allow the guild to change a rule that would allow anyone to outcompete their firm?

A law firm is not a normal business. They can’t raise capital in a way that will give anyone an equity stake, they can’t offer stock options. Lawyers can use their own money, form a partnership with other lawyers, or take a loan secured by personal collateral, but they can’t spread risk like most any other business. Nationwide, law firms aren’t allowed to share any money generated by legal fees with people who aren’t lawyers. This is to prevent non-lawyers from pressing an outcome in a legal matter. Lawyers have a duty to present the interest of their client above their own, and the concern of regulators is that non-lawyers don’t necessarily have that same duty. 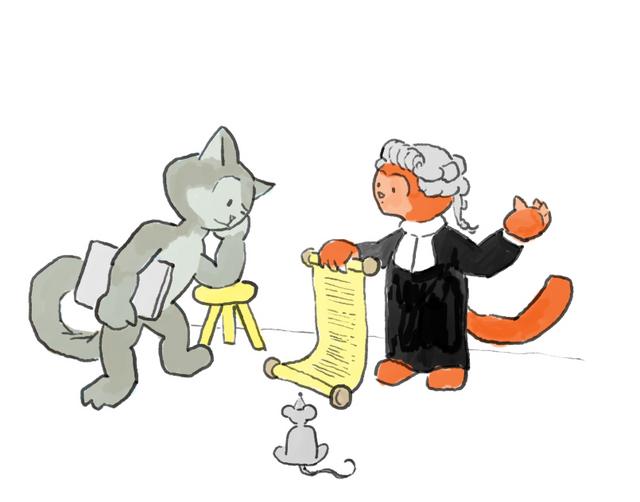 A typical business has shareholders, a board who represents them, management to execute the mission as defined by the board, and labor doing the day-to-day work. And yet with most law firms, the partners occupy all those roles. In business, a separation of powers provides checks and balances, but with the same persons in every role the tendency is to maximize the role of the shareholder.

Because they can only have a law firm that’s a partnership of lawyers who work in that firm, a lawyer’s investment in their business is not very liquid. It’s hard to find someone who’s able to purchase that stake from them. Not only does the buyer have to be a lawyer, they have to want to work in that firm—and be accepted by all the other partners. Any partner has some authority to bind the entire partnership. With no ability to take investment and build value over time, through purchasing new tools and talent, in the event of maybe, one day, selling that business. Nope. Practicing law is not a normal business. Many firms aren’t even an ongoing business. At the end of the year they take assets and distribute them to the partners, it’s as if a business shut down at the end of December and started a whole new one at the beginning of each year.

And so the partnerships themselves are very focused on what amount of money they can pull out of the business for themselves and their families on a monthly and bimonthly basis. Lawyers have clients who can afford their services. And through social pressure and even outright calls from the bar, traditionally, lawyers have been encouraged to provide pro-bono services. They give 10 to 20 hours of their time each year. Maybe as much as 40 hours—a week’s worth. But few attorneys are willing to pass up a week with paid clients and work for free. A lawyer can give five hours of pro-bono, a donation, and this charitable act flips a switch in their head. “I’ve done my part. I’ve helped.” 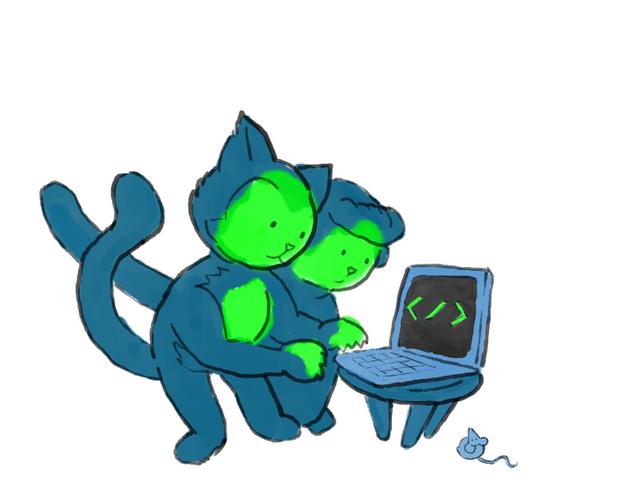 A federally created company, Legal Services Corporation, distributes money to qualified legal aid organizations. Providing services free to people at 125% of the poverty level (that’s like $28,000 for a family of four), legal aid is by and large federally funded. And so let’s hope (yes, we can) that all those other lawyers aren’t also helping corporations to avoid paying taxes. Oops, sorry—people need representation, but corporations benefit a lot from having asymmetrical relationships with legal services. Successful lawyers have clients who can afford them, and clients who can afford successful lawyers don’t always want those lawyers to provide those same service to everyone—especially not to people who would take them to court. And then ye olde lawyers using the vehicle of regulation to suppress competition. Oof! You see, you see that, thank you, legal hackers! The law, a code, coders to the rescue! 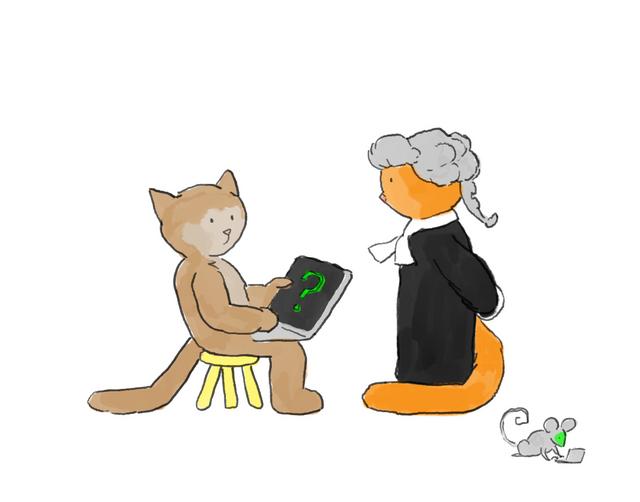 Code for PDX will streamline the capture of data. Some forms ask for the same info over and over, and our tool reduces data entry. More importantly, by creating a single source of truth about each individual’s data The Commons Law Center can do quality assurance once rather than on every form they fill out. The tool you all are building improves the quality of outcomes and makes their work more efficient. As you know, lawyers have a limited amount of time to volunteer and now The Commons can put their pro-bono partners to work when they are most needed. These high-paid pros will be able to do quality assurance with a light time commitment. They can serve 15 to 40 individual clients because The Commons has done most of the labor. Without your help, the volunteer lawyers would only be able to serve one or two clients.

Rather than overseeing a single client, rather than drafting agreements, interviewing clients, coming up with strategies, The Commons does all that and then they’ll have a half-hour conversation with a pro-bono partner who can say “that looks about right” or “have you thought about this?” 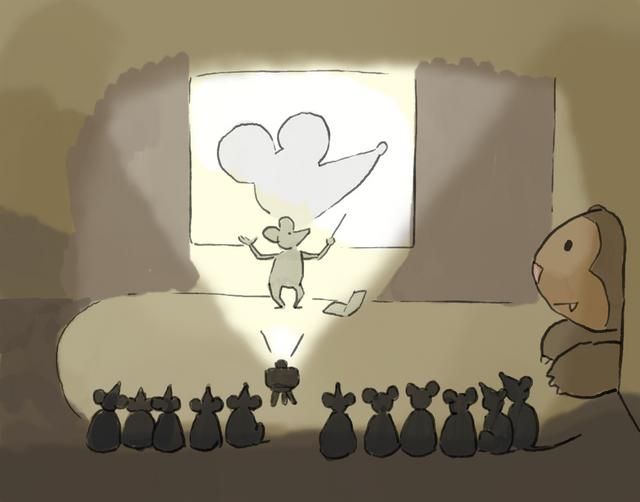 You are helping build a vehicle to practice law at scale. Every lawyer in Oregon would have to donate like one hundred and fifty hours a year to come anywhere close to meeting the need—that includes judges, government lawyers, every member of the bar—and realistically that’s not going to happen—which leads to the model of The Commons. They deliver legal services, representing clients in family law, small business and nonprofits. Providing services at a sliding scale, the lowest is $70 an hour (and they’re trying to get away from hourly billing but that’s another story). To provide services at low rates they have to hire relatively inexperienced attorneys, they can’t afford someone practicing for ten to fifteen years and commanding a high salary. And a single staff attorney at The Commons using efficient systems can help—instead of how an average attorney might work on matters for five to ten clients a month— their attorney can work on matters for twenty clients a month.

Let’s help make them as efficient as possible in support of those clients so that they can help as many people as possible. We can help!
.

In addition to being on the Board of Directors at The Commons Law Center, John E. Grant works as a legal operations strategist and consultant, helping everyday lawyers, not only pro-bono but civil rights lawyers, employment lawyers, people like that, helping them make their practice more efficient.

Words and pictures by Arthur Smid (I wrote and transcribed a bit of what I’ve learned from John to share my enthusiasm for how awesome this project is. The cartoons are drawn with pencil then scanned and painted in Photoshop on a Wacom Intuos tablet and MacBook.)

“And the number of Americans with incomes at or below 125 percent of the federal poverty level — the income limit for qualifying for legal aid — is expected to reach an all-time high of 66 million this year. A family of four earning 125 percent of the federal poverty level makes about $28,800 a year, government figures show.”
https://www.nbcnews.com/business/markets/courts-flooded-poorer-americans-representing-themselves-flna953965